Human Hotel & our communities in the news

What is a brand without a community?

The Future Laboratory spots the move from individuality towards empathy driven communities.
No more selling: it’s about coordinating your community and adjusting your product so that it has collectivist values at heart – a trend that is radically decentralising industries and redistributing power at scale.

Human Hotel is happy to be featured at page 9 of the Neo-collectivism report, Macrotrend 2022!

COP26: Scots urged to open up their homes to attendees

‘Nearly 700 households have already signed up to the COP26 Homestay Network, operated by the third sector.

He said: “We know that the impacts of climate change are not felt equally. In fact, those countries and people least responsible for the climate crisis are the ones most severely affected by it.

“It is vital that the voices of those most affected by the climate crisis are heard and acted upon.”

Mr Harvie praised the “tradition of solidarity” embodied by the scheme.

He added: “Accommodation at any COP climate conference is challenging and Glasgow is no exception.

“This scheme gives local hosts a chance to do their bit to ensure a successful summit, meeting remarkable people from around the world while supporting the global movement to tackle climate change.” ‘ 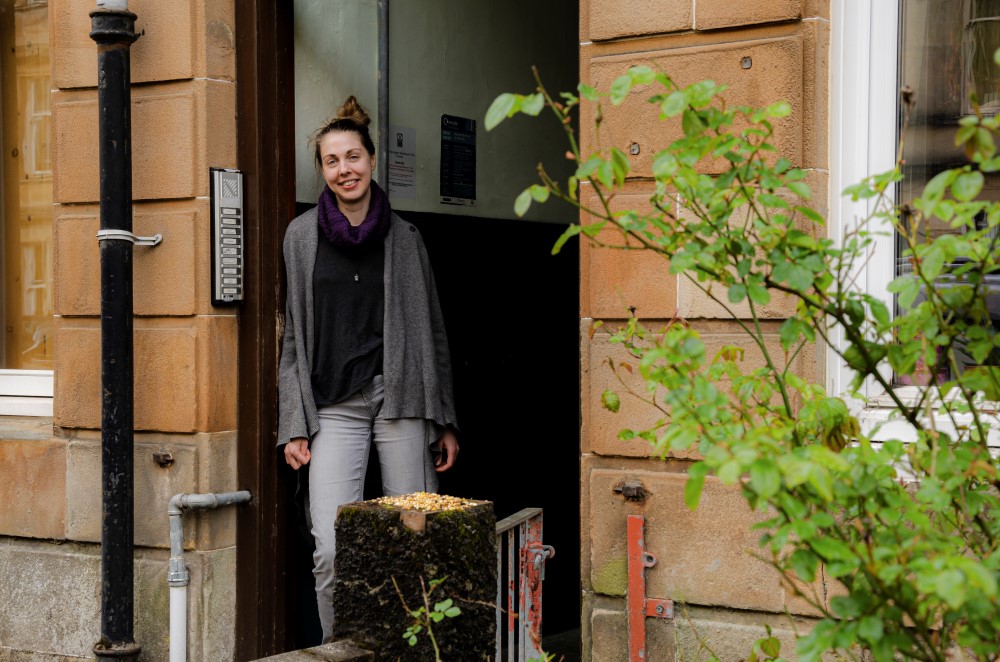 ‘It’s been a rollercoaster’: Glasgow reflects on Cop26 fortnight of change

Glasgow has felt very different over the past two weeks. Patsy Contardo, a Cop26 delegate from Chile, was staying with Glaswegian hosts Fiona and Matt Hooker, who opened up their home to her as part of the Cop26 Homestay Network aimed at helping foreign delegates faced with sky-high accommodation costs in the city; rates rose to more than £1,000 a night in some hotels.

“We’ve learned so much from each other and it was particularly great having a younger woman come to stay, as at these conferences there are often quite a lot of men who tend to be older,” said Fiona. “Cop has been great but having Patsy here to stay has definitely been a highlight.”

For Patsy, getting to know the locals has also enhanced her experience of the conference. “I’ve loved learning about Scottish people’s ideas of climate change and how it affects them. Everyone has different perspectives because we have different lives, different governments,” she said.

Generous Glaswegians give up their homes for free to Cop26 delegates

‘As COP26 gets underway in the city, the demand for accommodation near the summit is still high.

Freelance marketing consultant Andy Cakebread is one of the generous individuals who has offered his home free of charge to attendees travelling for Cop26 and he will be hosting guests from Puerto Rico and Venezuela throughout the summit.

He said: There’s a lot of talk going on in the media about people at senior levels, who could really do something at Cop26 and show leadership, but there are probably millions of people doing what they can across the globe at an individual level, and it’s important that they’re part of the process and can be a voice.

“If these individuals are being priced out of the conference that’s not acceptable in my mind, so I thought providing them with free accommodation was the right thing to do. Some things are just bigger than me, bigger than making a bit of money and this is one of those things.” said Andy Cakebread.’ 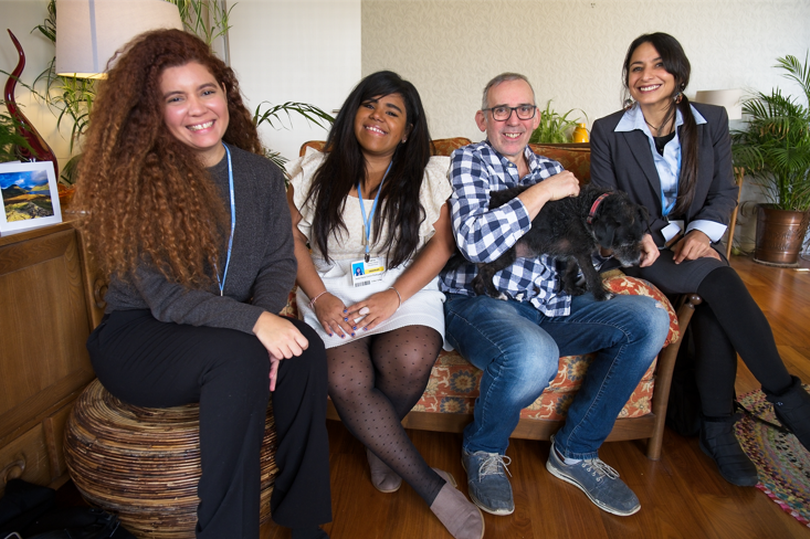 “If they were doing this to genuinely help people attend the summit they wouldn’t be allowing these ridiculous prices,” she said.

Stop Climate Chaos Scotland and the Cop26 Coalition are calling on locals to host visitors for free through a home-sharing service, billed as an opportunity for Glaswegians to feel involved in the conference.

So far 825 households have signed up to the Cop26 Homestay Network but 3,000 people remain on the waiting list.

Mary Church, head of campaigns at Friends of the Earth Scotland, said the lack of affordable housing meant the conference risked being “the most exclusionary Cop ever” and not the “most inclusive” described by Alok Sharma, the president of Cop26.

The owner of one property management group said he had been approached countless times by people with “pretty average 2-beds in the city centre who are wanting £1,000 a night”.

He added: “People are not getting value for money. This seems to have highlighted a lot of greed in a lot of people — it’s the Glasgow gold rush.” ‘ 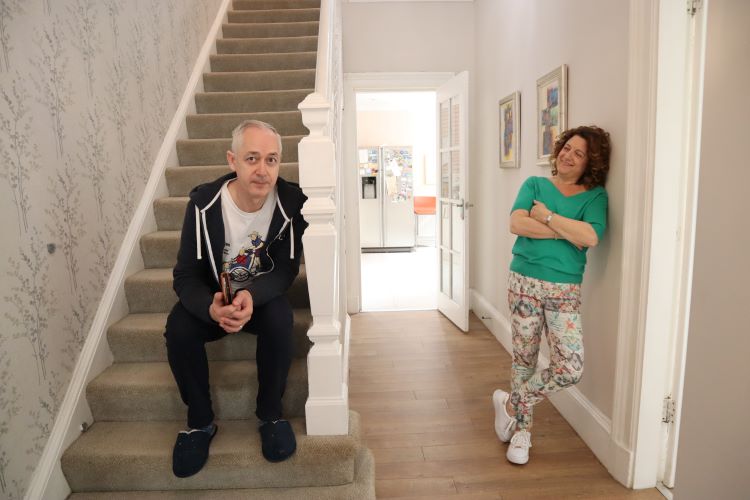 ‘The high cost of hotels, COVID-19 travel curbs and quarantine rules have left Dickson and other activists from developing countries concerned that their voices will not be heard at the COP26 conference in Glasgow from Oct. 31-Nov. 12.

Reuters spoke with activists in countries including Bangladesh, Pakistan and Uganda. Some had secured funding, visas and vaccines to attend the summit but others gave up.’

‘The Human Hotel network said it had secured beds in local Glasgow homes for about 600 delegates.

“We are aware of several thousand others who wish to come and make their voices heard at COP26, but who cannot afford the astronomical prices of hotels in Scotland,” said the network’s community manager Michael Yule.’ 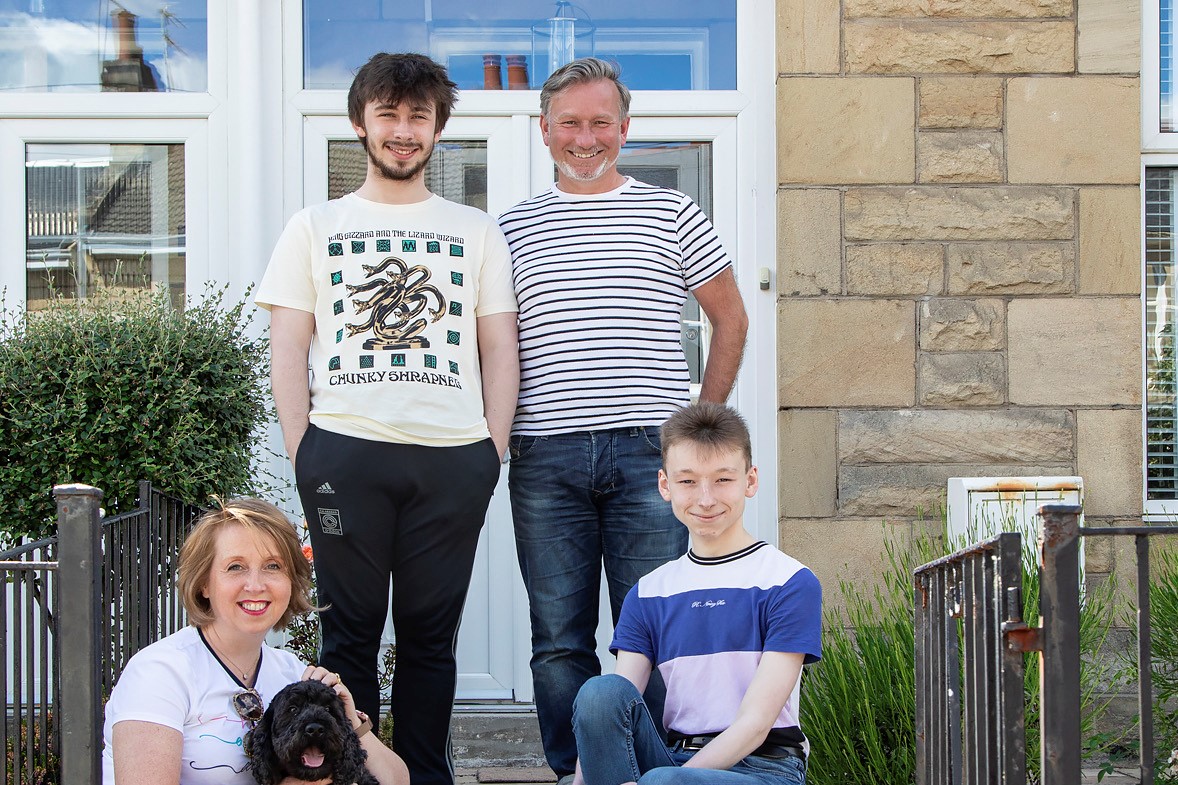 Scottish campaigners condemn Cop26 as ‘the most exclusionary ever’

‘The Cop26 Homestay Network, which was launched in May, and is described by organisers as a “non-corporate Airbnb”, aims to match local hosts from across the central belt of Scotland with visiting climate change campaigners, scientists and non-governmental organisations.

So far, the network has linked up 211 guests with local hosts, booking a total of 2,097 nights. But there are 1,783 more on the waiting list who are still looking for a place to stay.

Stop Climate Chaos Scotland and the COP26 Coalition – which set up the network – are concerned that official delegates from poorer countries and those hoping to attend events alongside the summit are struggling to find rooms they can afford for the duration of the conference.’ 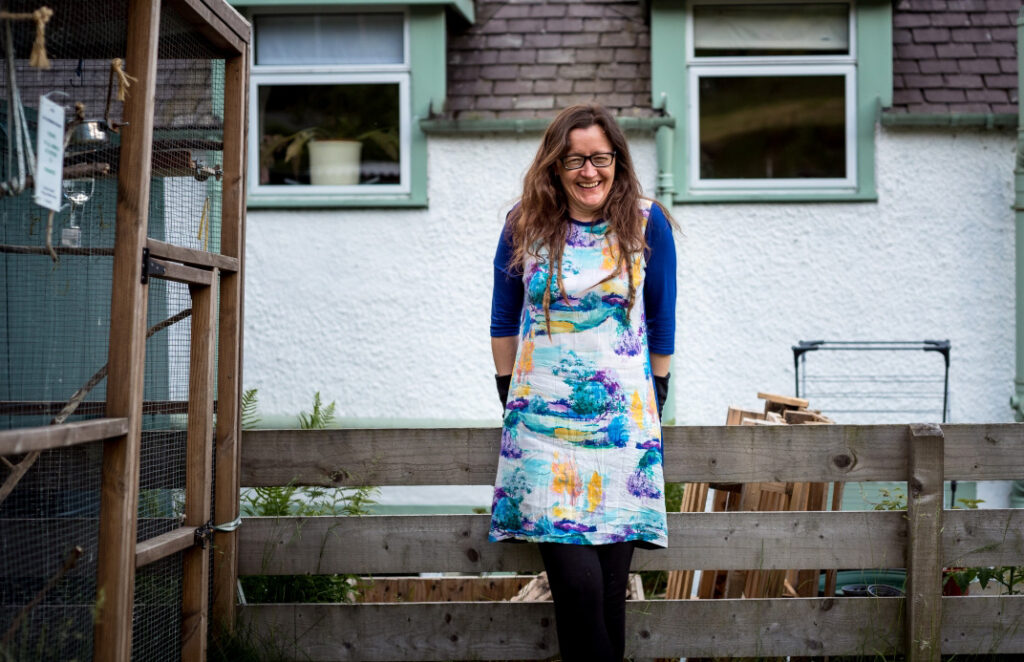 ‘Why I am giving up my home to climate activists’

‘Mim Black, from the COP26 coalition, says: “People from poorer countries are totally being priced out of even being able to come to COP.

‘Rituraj says his hopes of getting to Glasgow were not looking hopeful, given the prohibitive costs of accommodation. So the Homestay Network was “a blessing”… ‘ 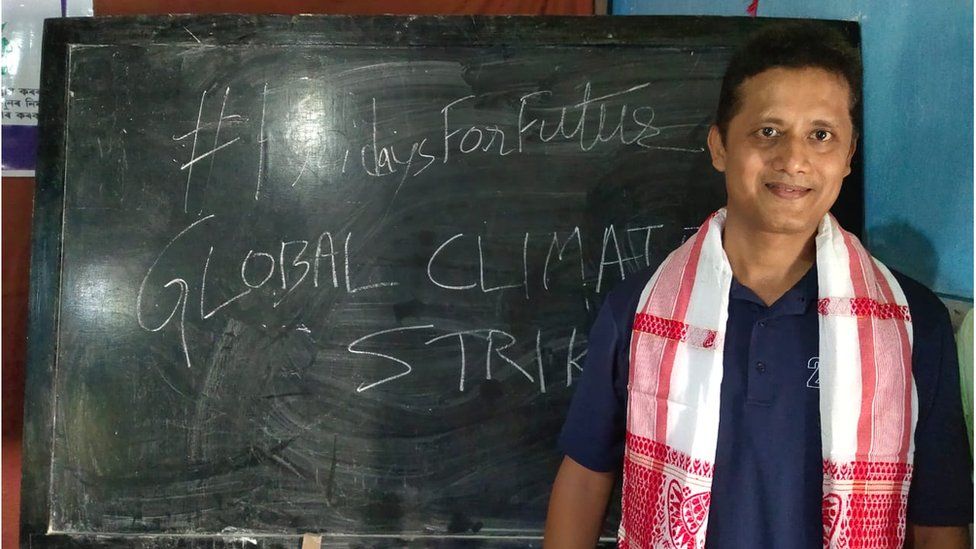 Human Hotel are resisting the mainstream

‘Human Hotel isn’t about fumbling about in a safe box for a front door key and dodging your host as much as possible; it’s all about hooking sociable travellers up with welcoming hosts and laying the foundations for solid relationships. The business has been going for close to a decade, but this year it feels undeniably, deliciously punk…’

‘Human Hotel is normadism at its best; it’s how Airbnb was originally, before “Airbnb host” became an unofficial occupation in itself. Checking in to the Human Hotel, so to speak, means seeing a city from your host’s unfiltered, everyday perspective.‘ 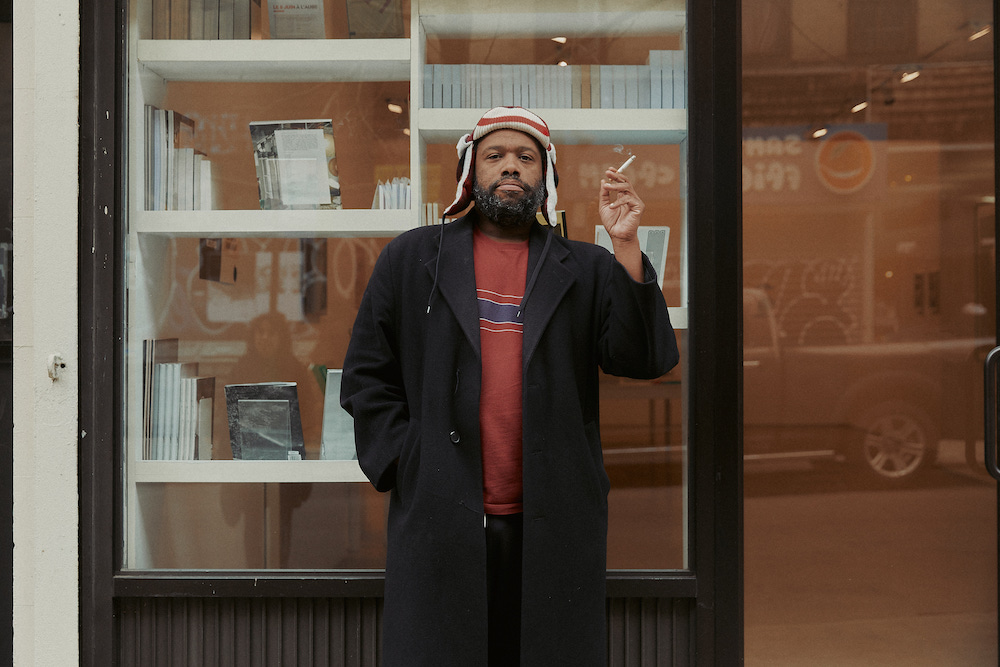 Glasgow urged to give a room free for Cop26 conference

‘For Elizabeth Collins it is the right thing to do. She has offered her spare room to one of the thousands of international delegates who will be in Glasgow between October 31 and November 12 for Cop26, which is being billed as the most important climate change conference in years.

Even with prices for privately owned short-term accommodation soaring because of demand, Collins will not charge her female guest, who is from Timor-Leste, part of a remote south Asian island and one of the world’s poorest countries. She views the action as her way to help tackle global warming…’

‘Collins, 28, from Govanhill… “I see something like this as an opportunity to meet interesting people who are trying to make a difference. Some residents may be charging fortunes for their rooms but I like to think there is an alternative.”‘ 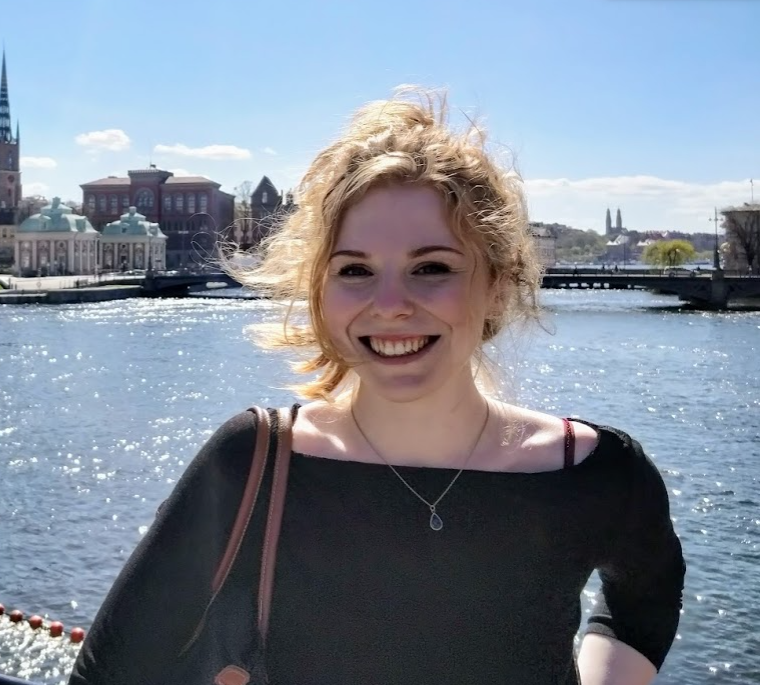 ‘Amid disquiet over exorbitant hotel prices in the city via the UK Government’s official accommodation provider and rates being hiked by some home owners on Airbnb and similar sites, the scheme hopes to provide an affordable and accessible alternative for those travelling to November’s conference…’

‘…Kat Jones, COP26 project manager at Stop Climate Chaos Scotland, explained: “We want to give people a real sense of place and make them feel at home in Glasgow. COPs tend to just come down on a city like an alien invasion and disappear again, but we want to help visitors meet ordinary Glaswegians and make connections. It’s also a way of making people here feel involved with COP26. I think there’s a real enthusiasm across Scotland, and not just across the climate movement, so we want to encourage that.” ‘ 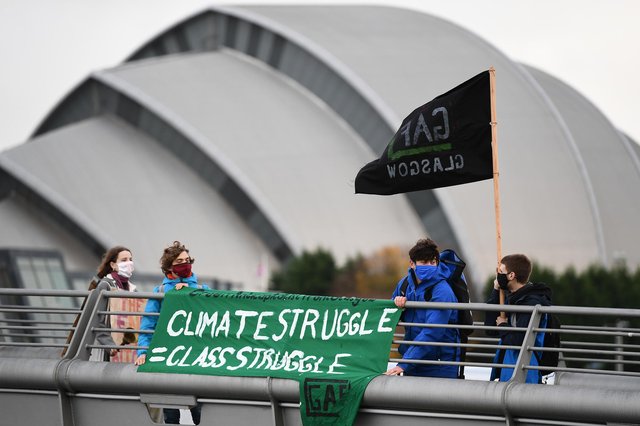 The first travel platform that unites talents around the world

‘They encourage you to let your creative and authentic touch prevail, instead of being clinical and lifeless. It is a community of creatives and they want us to maintain our idiosyncrasies and those of our homes.’ 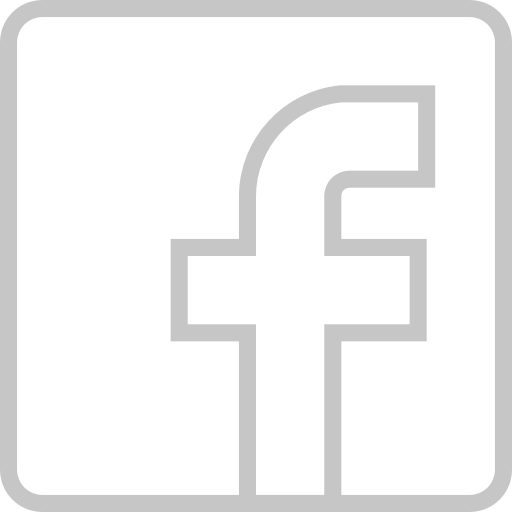 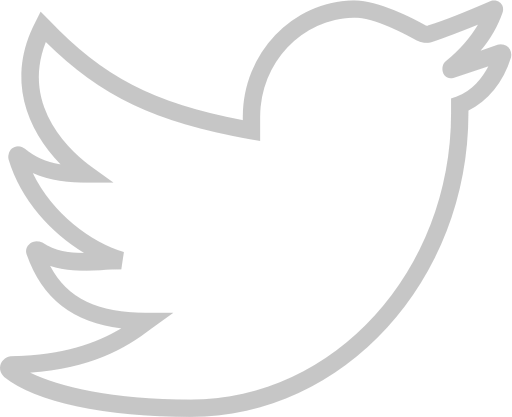