At first I thought I was lost, the city I was in was not on my plans, nor in my traveling map, however I decided to embrace it, if my bike had brought me here there was nothing I could do but enjoy it.

What I found was gonna change my life forever… I was in the middle of the Fusion Festival grounds, the biggest Techno show in Europe.

But first, let me put this in context…

In the winter of 2017 I was visiting my family in Colombia after 2 years of living in Germany. One of those warm nights of cold beers and tropical music my cousin asked me if I wanted his bike (at the moment the bike was parked in a basement in Leiden, Holland). I didn’t understand the question, how I was supposed to take his bike? And my cousin response struck a nerve, “well you could travel to Holland and bike all the way back to Berlin”

It was a brilliant idea, I always wanted to travel Europe by bike, but never found the guts to do it, nor I had a good bike. So when I returned back to Germany I planned the trip and I did it! It took me 7 days, but I rode all the way from Rotterdam to Berlin, the feeling was amazing, I saw and did things that I’ve never expected, photographed ghost towns and vibrant cities, I camped on the road and ate granola bars and sandwiches for an entire week. Back in Berlin I felt like I had accomplished the hardest goal in my life, and with it, I decided to do this bike trip every summer after. 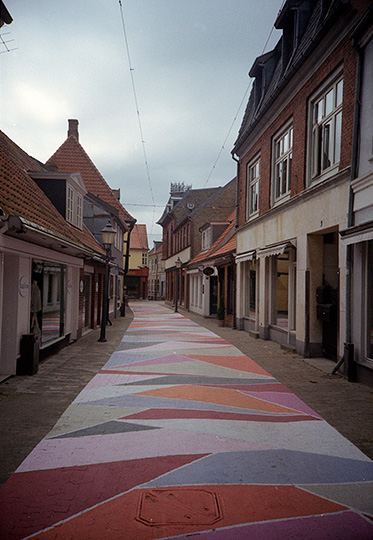 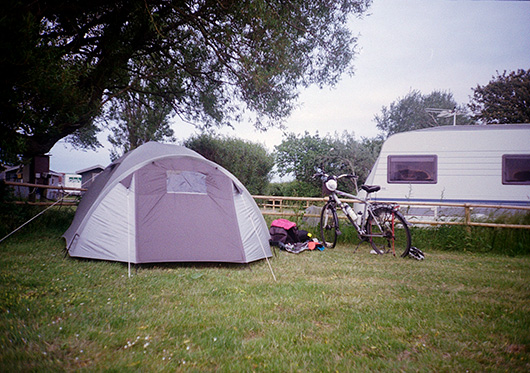 So in 2019 I decided to do it again, but since I’m not the sporty type I was looking for a flat, easy route: Berlin-Copenhagen sounded like a great idea, there’s no hills and the bike lanes are made for it. This time I was just not gonna bike, I wanted to do something artistic too, so I decided to explore the Eastern part of Germany and create a photograph essay, something I called “Abandoned Germany”.

Since the end of the GDR (German Democratic Republic) the east region of Germany has been the Cinderella of the European Union, hundreds of thousands of Euros have been invested in the region, but it’s lack of big industry, factories (most of them in the West), town development and good paid jobs have take away the young and old professionals to cities like Berlin, Hamburg or Dresden where they try to find a better future. Traveling around East Germany sometimes feels like crossing a ghost town, only the old people remain, the streets are mostly empty and the big fields of corn and grain surround old abandoned houses and barns. Is not weird to bike through a East German town and seeing NO ONE in the streets.

I wanted to see if Denmark had the same problems, so I chose a route not that touristic before reaching Copenhagen. My plan was then to travel with a small 35mm analog camera and document all this in a non intrusive way: camping in tourist and young centres, talking with the local people while asking for directions and trying to understand their problems.

I was however missing the most important: a place to stay once I reached Copenhagen, this is where the Human Hotel came in. When the people of the Human Hotel heard about my trip they were as excited as me, very fast the allocated a place to stay in the capital of Denmark, a young artist was offering a couch and I took it for free! I was so excited, I didn’t have much budget for my trip and I knew staying in Copenhagen was gonna be the most expensive part of it, as for the rest of my trip I was just camping here and there and eating self-made sandwiches and instant noodles.

The trip started on a high note, exploring Brandenburg and some old towns around Berlin was all I expected, it was then on my third day that my plans abruptly changed: I got lost following a group of cyclers through a National Park and ended up in a little town that was not on the plans. After biking around looking for a camping place I realised I was biking next to a big abandoned airport, it looked like one of those soviet forgotten areas, only that the hangars where all painted with funny colours and shapes, I follow the route and reached the main gates, they were open and many people was walking around, so I thought it will be nice to explore it. 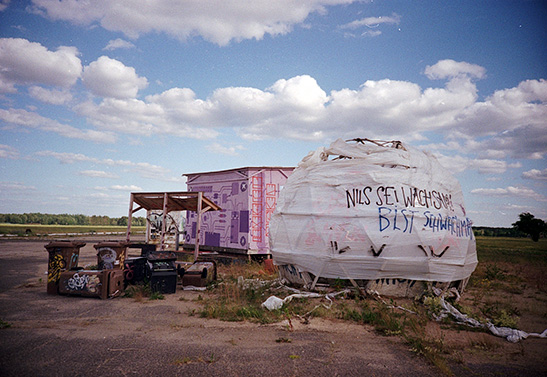 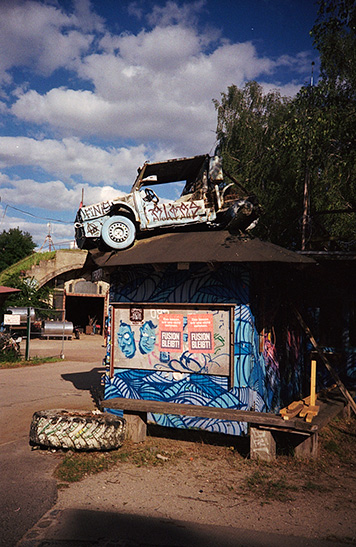 As I entered the place I saw more and more psychedelic big constructions, old hangars and airport facilities had been transformed into art sculptures and alternative dancing spaces. I saw what looked like Berlin techno kids working on these structures, testing sound and lights for what I thought was gonna be a big party. I reached one of these young groups and asked where I was. “This is the Fusion Festival, it will start in a couple of weeks and we have to build the stages” one of the artists told me. I couldn’t believe my luck, I got lost in the middle of nowhere in Germany, and here I was. Along many abandoned houses and falling apart farms there was a vibrant community of artists, designers, carpenters, musicians, electricians and what not. All these people travel to Lärz in the summer to put together the biggest Techno Festival in Europe, and probably in the world with more than 70,000 attendee per year. It’s thanks to this people and the techno sympathisers that this region of Germany and their people can survive, the town attract thousands of young tourists who visit the area not only for the Fusion Festival, but for theatre and artistic shows taking place at the Fusion grounds all year long.

What a great solution for a rural area that can’t thrive from cars or shoe factories to make a living I thought, this is a better solution than voting for the neo-nazis.

After speaking with some of the artists and explaining what I was doing there I was invited to put my tent in their ground for one night, a night in which I ended having dinner and drinking beers with some of the people in their team. The scene was completely surreal, the festival has a huge kitchen and food service for a staff of over 200, beer vendors, bathrooms and showers are included. 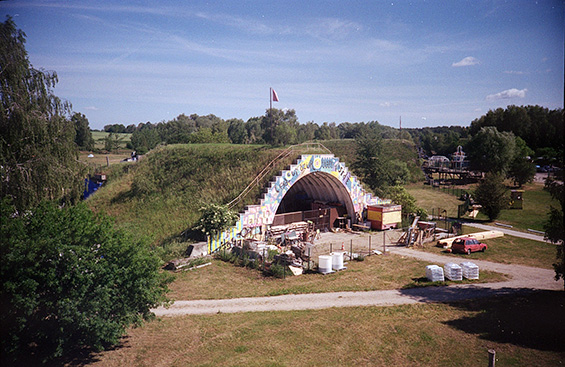 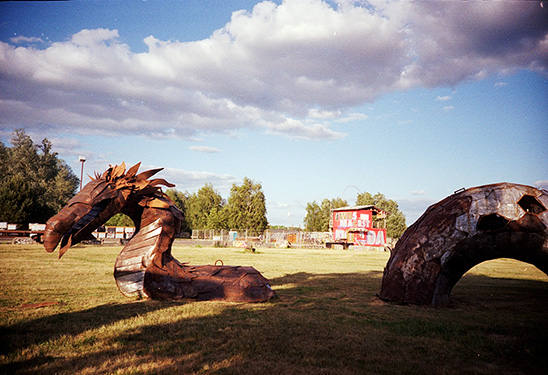 I spent the next day taking photos and talking with the people there, I didn’t want to leave but I was far away from where I was supposed to be, and way behind my schedule: Around noon I decided to take off with a broken heart and take a train to the north where I will then catch a Ferry to Denmark that night.

I arrived in the city of Gedser at midnight and stayed in one of the many free open lodges that are offered to travellers and campers, little wood huts with only 3 walls where you can throw your sleeping bag and rest for the night.

Traveling through Denmark was a great experience, I also found many “ghost” towns and talked with many people who supported the local right party, however the people were very friendly and they shared with me their food and drinks despite me being a Colombian immigrant. Many of them only speak Danish and we end up communicating in a mix of English, German and hand signs. The bad part? the wind. Denmark can be very cold and windy and biking all day in those conditions is hard, but the scenery, the ferry trip, the bike roads and the seaside makes this trip unique.

On the 7th day I reached Copenhagen, tired and stinky. I was then welcomed in a very warm and friendly way to the house of Jacob Remin, a local artist, and his girlfriend, an art curator. They made me feel at home and gave me tips about their city.

The next day I visited the The Royal Danish Academy of Fine Arts Schools where an art exhibition about Brexit was taking place; it was the best way to end my trip, England as the United States had elected a Far Right in part as a solution to the lack of jobs and investment in rural areas, something that was present all along my trip.

Before leaving I paid a visit to the Human Hotel Headquarters and had lunch with Martin, the man behind the project. My trip was possible thanks to his help, so I assured him that I would tell my story and do the same again next year. 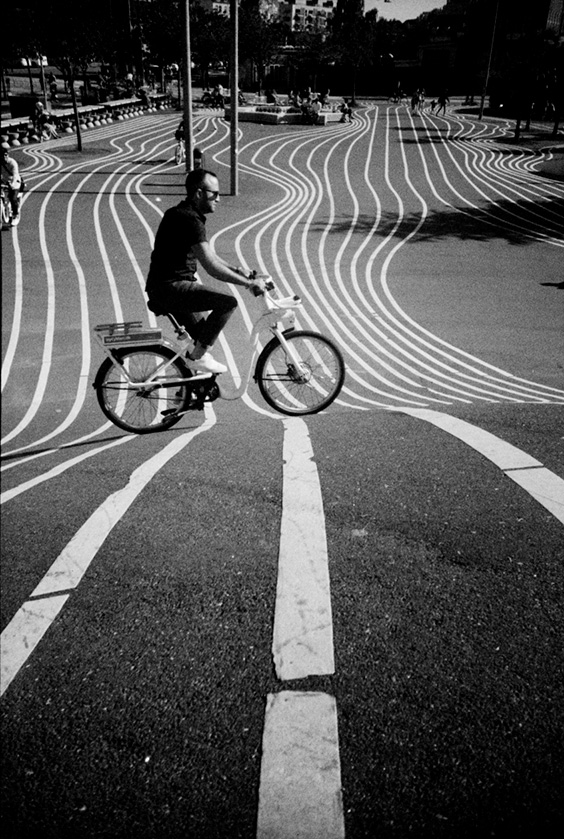 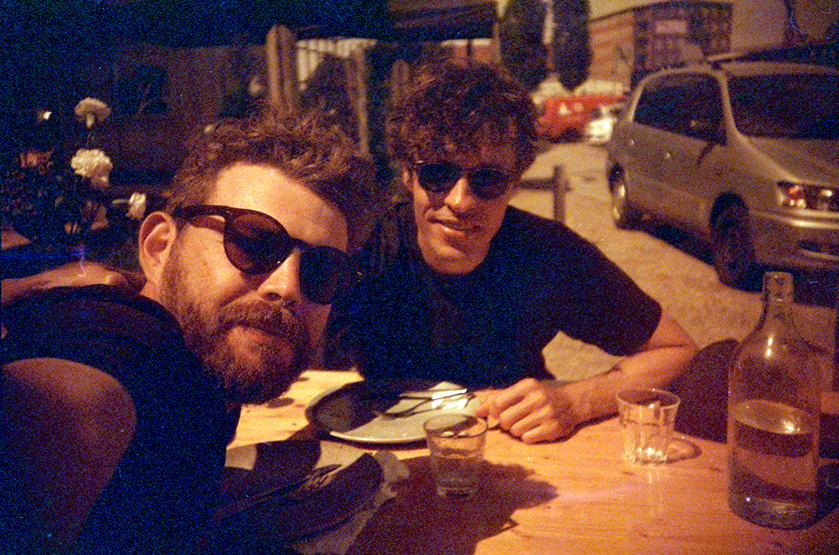 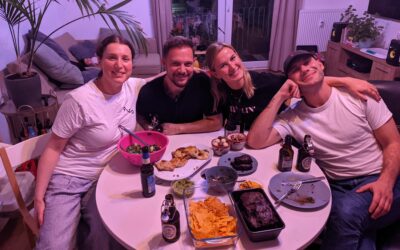 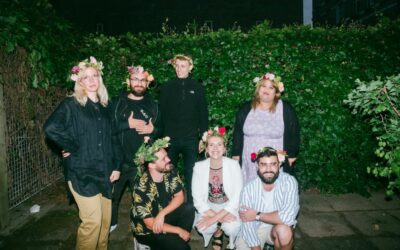